Work For Us (Click here for more information)
Skip to content
Where do you want to go?
Your future, your choice Find my course 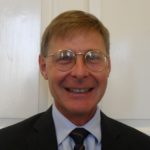 Robert Lasseter – Chair of the Corporation

Robert Lasseter is the managing partner of the family business Corton Farm Partnership.  The farm has high welfare pig and arable enterprises.  Business interests currently being developed are renewable energy and carbon sequestration.  The business is on its journey to net zero.

Previously Robert was a partner at Strutt and Parker and then Director of Evershot Farms.  He has held non executive roles at Childhay Manor, Wessex Grain, NFU (Regional Chair, National Governance and Crops,) Oxford Farming Conference and AHDB (Cereals.)  He is currently also on the Dorset AONB Board and a member at the Dorset Studio School.

Robert is married to Holly who runs Holly Lasseter Designs from her studio at Corton.  Their daughter Matilda works as an interior designer in London.  Their son Archie is the sustainability lead for Utilita.

Away from home, these days Robert is happiest in mountains or crossing the UK on foot, which he has done three times to date. 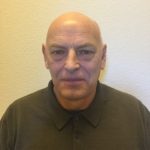 Richard has been a director of Waterstone’s Booksellers, Managing Director of Blackwell Retail Ltd and General Manager of the Post Office Network.

Other posts held include Chairman of Book Tokens Ltd, and Chair of Governors at Stanchester Academy.

Richard is now owner and Managing Director of Dorset Retail Ltd, with shops in Bridport, Beaminster and Sherborne, and a growing wholesale business covering Dorset and Somerset.

Richard is a season ticket holder at Exeter Chiefs, and fanatical about English cricket. 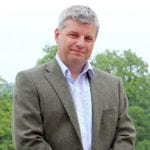 Luke Rake joined Kingston Maurward as Principal and Chief Executive in the summer of 2016.

An Oxford-educated zoologist who grew up on the edge of Dartmoor, Luke is qualified Secondary range teacher with a specialism in Biology alongside Outdoor Education, and has held senior roles in both schools and colleges for the last 20 years. is an elected Fellow of the Linnean Society in recognition for his work in promoting understanding of the natural world. As well as these academic skills, Luke is a former Mountain Rescue Team Training Officer with 10 years’ experience and service in the Brecon Beacons National Park, and this helps support the College’s work with outdoor adventure and military partners.

Luke is the current Chair of the pan-Dorset Careers and Enterprise Steering group, working with schools and businesses across the county to improve life chances for young people. More widely he sits on the Careers and Enterprise Company’s Headteachers’ Advisory Panel and is the SW representative on the national Landex Board, representing land-based and environmental education across the UK.

Having completed a 30 year career in civil engineering and airport management, John ran his own business carrying out project management, interim leadership roles and business/career/leadership mentoring.

He has worked on major projects such as Heathrow Terminal 5 and has led large operational teams, including budgetary accountability.  John acted as a crisis leader at Heathrow at times of operational disruption.

He maintained an active interest in safety and workforce development throughout his career.

John was pro bono chair for the 10 years of its existence of a not-for-profit employment and workforce training intermediary.

More recently, John’s mentoring experience has included working with Dorset SMEs and in the charity sector, as well as with students taking the Chartered Management Apprenticeship at Portsmouth University. He has, in the past, been accredited as a youth coach for both cricket and rugby.

John has distant family connections in farming and now has a keen interest in how KMC can stay ‘ahead of the curve’ in this fast-changing sector.

John and his wife, Dawn, have lived in the New Forest since 1995, where they have brought up their 3 children. 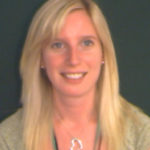 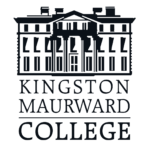 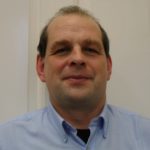 A veterinary surgeon who has been Managing Director of Synergy Farm Health, a 40+ vet local Farm animal practice , since 2009 and will from end of 2021 become Senior Director on the Board.

Andrew is also a Non- Executive Director on the Board of the Veterinary Defence Society (VDS) a professional indemnity insurance company and is Principal Official Veterinarian (POV) and Chairman of Farmcare West Ltd, provider of official veterinary services to government in the Southwest region. He is also a Medicines Procurement Adviser for XLVets UK Ltd.

He is very motivated by people development and education and has been heavily involved with the setting up of an internship programme and the Farm Animal Teaching rotation for final year veterinary students with the Royal Veterinary College, University of London.

In his spare time, he is a keen follower of both rugby union and football- being a passionate Welshman avidly following the national rugby team but also a lifelong supporter, for his sins, of Swansea City AFC!

He is a member of Briantspuddle Singers and also enjoys walking the Dorset coast and countryside with his family and their dog. 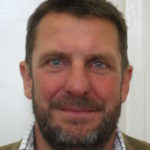 Passion with rugby and a keen supporter of Puddletown Rugby Club, having been Secretary and Chairman 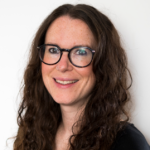 Frances started at KMC in 2018 as the college’s Industry Placement Coordinator, she is now the Careers and Industry Lead responsible for designing and delivering our careers programme; KMCprepared. She also oversees Student Voice and work placement compliance across the college.

Previous to her appointment at Kingston Maurward, Frances had a very successful retail management career developing a number of transferable skills relevant to her role at KMC. Being driven by wanting to make a difference to others, Frances then worked as an Employment Consultant, supporting long-term unemployed individuals overcome a number of barriers to enable a successful return to work.

Frances is currently completing a Level 6 Careers Leadership qualification accredited by the Careers Development Institute, she has an MA in Arts and Cultural Management, and a BA in Art History with Art Gallery and Museum Studies.

Outside of KMC, Frances spends most of her time renovating her house, but also enjoys being in her garden and going for walks. Since restrictions have lifted she has enjoyed returning to the cinema and also going to gigs. Frances loves all kinds of music, plays guitar and is always the last one on the dancefloor at the staff Christmas party! 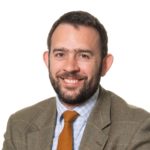 Having grown up on a dairy farm on the Dorset/Somerset border, Dan spent a number of years working in agriculture before becoming a Chartered Accountant and a Chartered Tax Adviser. Harnessing both his practical and professional experience, Dan has spent the last 15 years advising farming businesses across the region on a wide range of issues.

Passionate about his work, Dan specialises in succession planning and restructuring, helping farming families to implement change, accomplish their ambition and enhance the legacy for future generations.

Dan is a keen shot in the field or facing the trap and thoroughly enjoys supporting his young son on the football field. 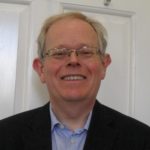 A retired Chartered Accountant who spent the last ten years of his career in education, nine of which were as Vice Principal Business and Finance and Deputy CEO at Hartpury College.

Graham qualified in the City with what is now Ernst and Young and then spent a major part of his career in the Nat West Group. After 6 years as a Finance Director in the care sector, Graham moved into education in 2008.

Graham and his wife moved to Shaftesbury in 2018.  He enjoys rugby, walking, fly fishing and the countryside in general. He is also Treasurer of England Colleges RFU. 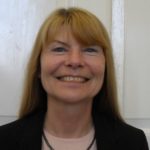 Principal of the Dorset Studio School 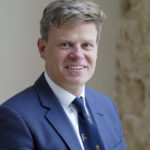 Ben is a Chartered Surveyor and Estate Director for the Duchy of Cornwall, taking a long term approach to land stewardship and building sustainable communities including Poundbury in Dorchester. Ben brings a broad experience of planning, development and estate management, previously as Development Manager of the Queen Elizabeth Olympic Park in the lead up to the 2012 Games, and prior to this with market leading developers, private consultancies and public agencies. 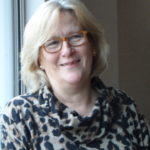 Nicola has Non-Executive Director, CEO and Executive Director level experience in leadership, governance, strategic communications – including crisis planning and managing – and marketing, for charities, multinationals, small and medium sized enterprises, national governing bodies of sport, and government. Most of her career has been in the education and sport sectors. She has previously owned an executive search consultancy and a public relations and events business. Nicola is currently a Dorset Chamber of Commerce Board Member, a Dorset Local Enterprise Partnership Board Member and a member of the Dorset Skills Advisory Panel and Board – all voluntary. Her paid work includes supporting a Dorset based, UK wide, health and wellbeing business. 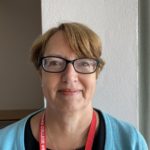 Retired in 2019 from the post of Executive Principal of the Minerva Learning Trust – a group of primary and secondary schools in Bridport.  She had previously been the Headteacher of the Sir John Colfox Academy in Bridport.

Originally from Northern Ireland, she graduated from the University of Aberdeen and taught History in Gairloch, Scotland, Hemel Hempstead and Milton Keynes before moving to Bridport to take up a Deputy Head post in 1993.

She is also a Lay Member of the Dorset Clinical Commissioning Group Governing Body. 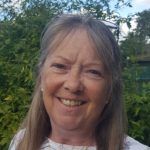 I was fortunate to have spent the majority of the 80’s in West Germany, including two and half years in Western Berlin.  On returning to the UK, I joined the rank and file of local government in 1989, working as an enforcement officer in a number of roles until I semi-retired in the summer of 2020.

Although never a girl guide, I stepped forward to be a leader in the Scouts in 1983 and have seen various changes over the years including new sections, programmes; and, best of all the introduction of girls in 2000!

I have worked with youth members in all age ranges from six to eighteen years old; travelled to Europe on numerous international events, including a World Scout Jamboree; and, been proud to be a part of a Guard of Honour at the Ypres (Menin Gate) Memorial on one occasion.

In Scouting I have held a number of roles, including District Commissioner; Assistant and Deputy County Commissioner; programme lead for large scale events; and, I continue to be a leader trainer as well as running sections in a local group.

I was the Chair of the Dorchester Carnival Committee that delivered the event in 2016 and 2017. 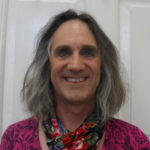 Dee Vickers is an enigma. How she ended up as the Head of Apprenticeships at Kingston Maurward College is anyone’s guess – but clearly my Lucky Fairy was working hard that day at the interview.

I never set out to get here, as my career path will testify. From leaving the Army, to teaching flight and radar data processing; through being an IT pre-sales consultant and on to fitting bathrooms and kitchens when it all got too much. I then retrained in forestry and arboriculture but by that time in my life, I had built up enough experience and qualifications to start managing the short courses at an FE college.

Eight years later and I set out to build my own company delivering training and assessment.

Somewhere along the line, I picked up a BA(Hons) in Education and a smattering of other post-nominals deemed useful to my career. Eventually I ended up here, supporting a fabulous team of people who look after a range of apprenticeships, short courses, AEB and sub-contracting goodness. 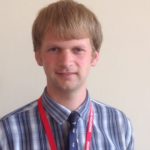 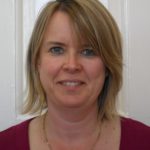 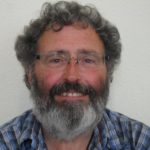 Retired in 2011 from post as Principal Inspector 14-19 in Dorset Children’s Services after working in education for 40 years.

Qualified with a Cert.Ed in 1971 and began career teaching agriculture and environmental science after completing a B.Ed at Bristol University. In 1986 moved into HE to work at Homerton College, Cambridge supporting the development of quality vocational education across East Anglia and completing a research M.Ed focused on agricultural education.

Moved to Dorset in 1988 to work on teacher inservice training, which included the development on Masters programmes in association with local HE providers. Progressed to the posts of Senior Secondary and then Principal Inspector, which alongside development and support in Dorset, involved working with OfSTED and HMI on school, college and area wide post 16 inspections. From 2007 to 2010 was seconded to work for the Department of Children, Schools and Families to advise on issues of access to 14-19 learning in rural areas.